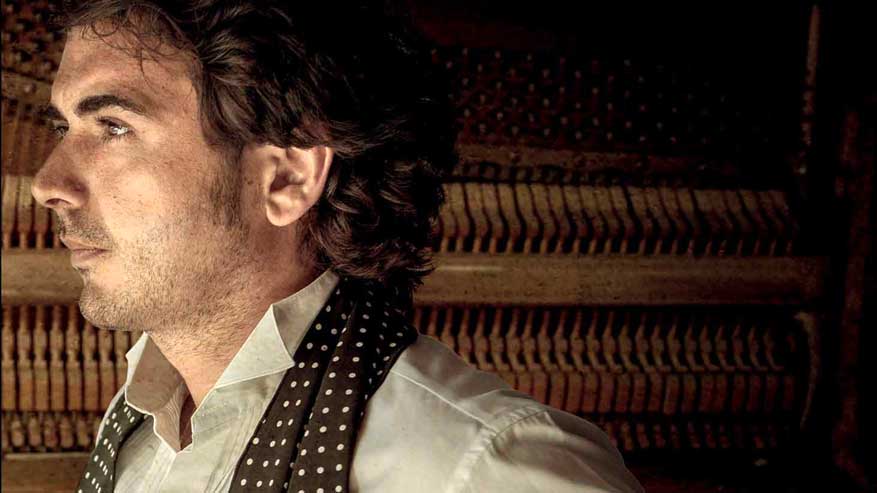 While Pedro Ricardo Miño’s music is rooted in the rich tradition of flamenco, it expands outward to encompass an exuberant global sound developed through years of musical exploration.

The son of famous flamenco artists, dancer Pepa Montes and guitarist Ricardo Miño, Miño was immersed in the sounds of flamenco music as a child. Born in the Triana neighborhood of Seville – known as the “Cava de los Gitanos” – Miño began his studies at Seville’s Elementary and Superior Conservatories of Music, where he started performing in many premier musical events.

Some of the works he has presented at the Bienal de Flamenco de Sevilla over many years include “Mass Flamenco,” “Piano con Duende,” “Enclave,” and “Universo Jondo.”

In 1999, he made his debut in the United States with a series of concerts, which was followed by collaborations with prestigious musicians such as Ravi Shankar, Jackson Browne, and others who were profoundly inspired by his interpretation of flamenco music.

Pedro Ricardo Miño was nominated for a Grammy for his collaboration with Anoushka Shankar for best interpreter and composer in the category of World Music, and his collaboration in the album “Flamenco Chill Out,” produced by Sony Music, also went platinum.

The Flamenco Arts Festival President and Founder, Vibiana, had the opportunity to first meet Miño in 2000 when Miño briefly resided in Santa Barbara.  Vibiana was immediately impressed, and it was clear to see then that Miño would become one of the most accomplished flamenco pianists today.

Performing at his home studio with the accompaniment of three accomplished artists, the Flamenco Arts Festival is excited to bring the exquisite sounds of Pedro Ricardo Miño to the virtual stage.